Number of Visitors
Writing critically with and from multiple, informed sources is perhaps the single, most common trademark for the kind of writing and thinking that is expected of you in the academy.  However, this does NOT mean:
Bachata, EDM, or Rock-N-Roll, that you cannot have some fun with it! 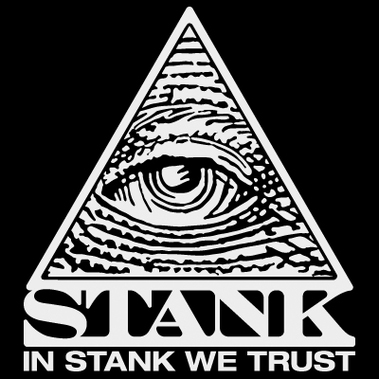 One of the greatest compliments that you can receive in African American culture--- especially for artists likes cooks and musicians--- is to be someone who can put some stank on it!  If we really listen and hear what this expression means, then we can arrive at some alternatives to the kinds of texts that schools usually teach and promote.

Putting some stank on your writing is not about following the rules and delivering a nice, tidy, clean product to a teacher.  It is about a kind of risk-taking and daringness that you have with your craft that comes from fusing new energies for yourself AND your audience.

Now this is not to say that everyone will like it, but that's not your goal.  When you write, you are not acting as a domestic servant who caters to everyone and makes them comfortable.  Let's take the opening of this webpage--- all the stuff before the dividing line above.  Including these words on my syllabus was, shall we say, unsupported in the place where I worked.  The person/people who had a problem with it ain't my concern though so I ain't erasing anything.  I am saying what I mean and meaning what I say... and in case folk don't believe me, I even made a video (at the above right) to go with it.

It's your time now.  Write for real audiences... for real purpose and impact... and put some stank on it!